Thanks to the Polish presence in the European Union, there is the possibility of free movement of services, capital, goods, and people. Therefore, the procedure on delegation of employees abroad is more and more often and more willingly implemented. This is a beneficial option both from the perspective of an employed person, as well as an employing company, that is usually an employment agency and companies, which lease an employee abroad (employer-user).

The delegation of employees is generally based on the fact that the agreement is concluded between the employee and the company operating in Poland (employment agency). Therefore, the employment relationship between an employed person and a foreign company, in which the employee will work, is not started. What do legal provisions stipulate?

In order to consider the legal delegation of employees to work in another country of the European Union, the agreement for the provision of services must be concluded between the employment agency, that is the employer, and the entity, whom the employed person will work for (employer-user). The employment agency, which hires and delegates the employee, is responsible for paying full social insurance contributions (ZUS): pension, disability, health and sickness. It is performed on the basis of the A1 from, which confirms the fact of being subject to insurance in Poland for at least 30 days prior to delegation. It is important to add that the delegated employee is entitled to use the health care services both in Poland, and in the country, in which he/she works – it is authorised by the European Health Insurance Card, which is issued by National Health Fund. In the territory of the country, in which the work is provided, the payroll tax is paid, unless the employee stays in a foreign country for the period or periods not exceeding 183 days per year in total, the salary is paid by the employer or on behalf of the employer, who is not a resident or does not have the registered office in the second country, and the salary is not paid by the company, which is owned by the employer in the second country (conditions must be cumulatively met).

The fundamental principles of the European law provide that employees, who perform the same obligations in the same extent, should be treated equally. The employee delegated to work abroad can count on the same amount of the salary, which was provided for other employees hired by the same employer-user, in accordance with the provisions of Directive 96/71/EC of the European Parliament and Council of 16 December 1996 on the delegation of employees within the framework of the provision of services (Official Journal of the EU L 18 of 21 January 1997). The employer must also make sure that the issues, such as working time, rest time, payment for overtime, are consistent with the rules applicable in the country, to which the employee was delegated.

What should one know?

There is no doubt that a person employed and delegated by the employment agency can count on assistance in completing formalities, which cannot be avoided in any case before starting to work abroad. The employer, that is the employment agency, requests Social Insurance Institution [ZUS] to issue the A1 form or requests to issue the European Health Insurance Card. If a person, looking for a job, will use the services of a proven reliable employment agency, he/she usually can count on the support in organisation of the trip abroad, and the consultant’s care during the stay in a foreign country. The employment agency may propose a training language course and take care of all aspects related to accommodation abroad. Due to the fact that the employer of the delegated employee constitutes the employment agency, all the questions and concerns related to employment in a given country can be addressed by the employee to the agency. Such support is provided by our company, at the same time, standing out from competitive employment agencies, and putting particular emphasis on the concern for the delegated employee’s welfare. Are you looking for a reliable partner who you want to entrust with the outsourcing of a part or the whole of your team? Contact us and start long and fruitful cooperation. 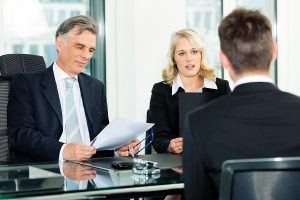 How to deal with the employee’s market?

The year of 2016 ended with unemployment within 8.2 percent 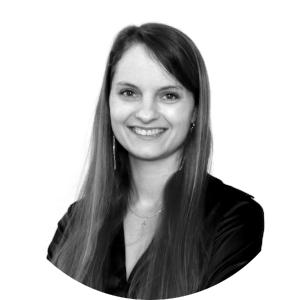